How awesome was it to be back in the saddle this weekend after 3 weeks off with the foot injury. Greg and me did 2 nice +50km rides (Greg and Stan have also been man down with the flu the last 2 weeks).  With Rooiberg Eco challenge in less then 2 weeks we really had to put in some time in the saddle.
The weather was on ourside - the Saturday was bright and sunny and the Sunday was cold but dry. Couple of obsticles on the Saturday ride - overflowing sewage manhole that created a stinking stream that had to be portaged - Greg was first and showed me what not to do (wetting one foot), he kindly took my bike over cesspit (in the process wetting his other foot). We continued our ride with the dry footed Richard passing a few undeserved jokes towards the ripe smelling Greg. Below are photos of the traffic jam that we had to work around a few kms later near Serengeti. 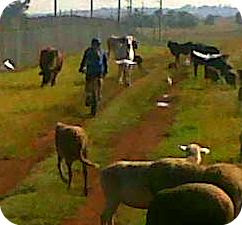 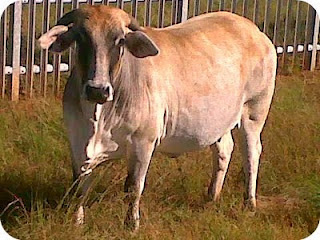 The traffic on the Sunday ride was more about how many mountain bikers we saw on the route that we thought was ours, at least 20 other bikers were leaving their tracks on portions of devine route. I was really doing well with not falling on the Sunday ride, going through all the 'technical' bits wth ease until 5kms from home I had my first fall - cutting my tyre side wall in the process. 4 bombs later, there was no other way but to walk to the nearest garage about 1.5kms away. Greg being the nice guy that he is, let me ride his bike while he pushed mine (so that my foot injury did not take any further strain). That at least deserves another photo of the super hero Greg in this blog post (in his new SuperSport kit - courtesy of Melt and Pierre). 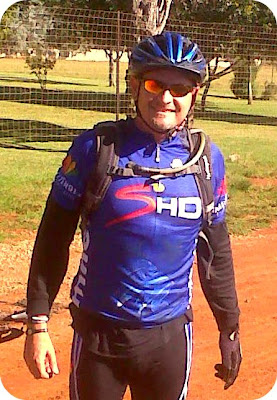 After the fixing the tyre at the garage, we continued our ride home and believe it or not someone moved hole that took me out a few weeks ago (by the Homestead dam wall). A nice over the handle bars dismount and a landing that must of measured on the Richter scale took pay to my temporary confidence in MTB technical skills :).
Posted by Richard at 11:37 AM