Last ride on leave for Greg and myself, Andrew also joined us and now really looks like a seasoned mountain biker with his new bike, gloves, Camel Bak etc.
We did the same 60km route that Greg and me did on Friday. The weather was overcast almost threatening to rain at any minute. It was really awesome to be out in the open space and this new route is really incredible, challenging at times but as always in the East Rand not too difficult because of the lack of hills (only 300m ascent over 60km's).
This was supposed to be Andrew's first (slow) long ride, but he was stronger then he let on and we ended up averaging 20km per hour which is pretty quick for  us old timers. 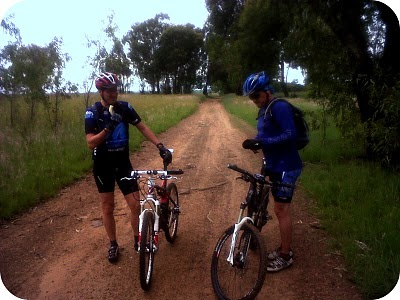 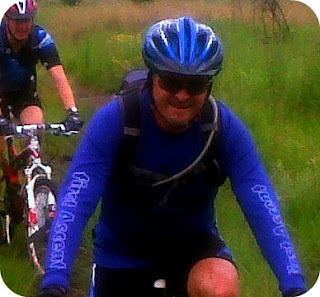 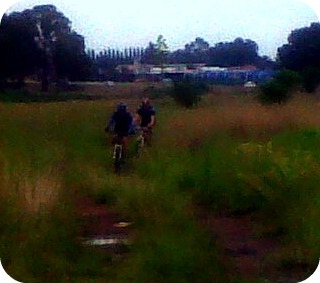 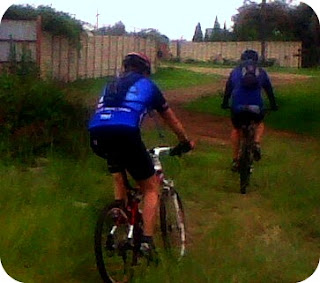