Greg and me joined the Procycles bunch on Saturday morning 05:30. Paul or Ian did not make it today so the 9 of us were at the mercy of Cliff to take through the mine dumps. I must admit it was not one of my best rides, there was plenty of fine mine dump sand which was pretty hard getting through and I had loads of falls (5), resulting in a few bruises and cuts. Ok I won't be mocking Greg again for his fall in the last week as karma came back and gave me a fat smack.
Horror - my saddle also fell off at the end of the ride and had to zipped tied back onto the seat post. The ride home was pretty interesting as the zip ties came undone and I had to ride without a saddle for awhile #roughride. 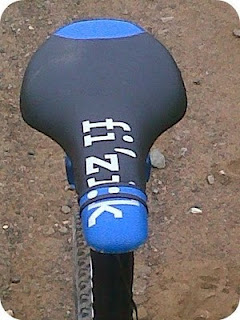 Sunday 06-02-2011
Having done the Emperor Palace MTB race once before you realise that is better to do the route without the 1000 or so people competing for the single track. The day after in fact is ideal as the grass has been cut and the route is pristine. Greg and me had a great time doing the route next to the airport (which is an easy 10km ride from home). There was a bit of mud in places but otherwise the single track and forest ride were awesome.  Below is Greg riding through the septic factory water before going through the tunnel going under the road. 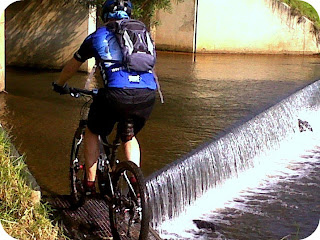 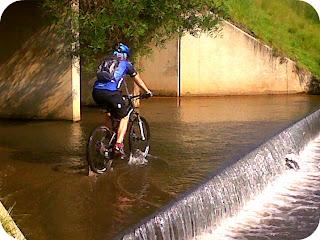 I had my head camera on and made a short video of our ride below:
Posted by Richard at 11:52 AM